Food for a better tomorrow.

Humankind has arrived at a turning point where we must face crucial questions. Are we bound to conventions of the old? Or are we building the future? How can we establish food production in areas of the world where nothing no longer grows? How can we successfully move onto something new, when old methods are no longer sustainable?

We need a solution that enables natural protein production anywhere – regardless of the limits of agriculture. 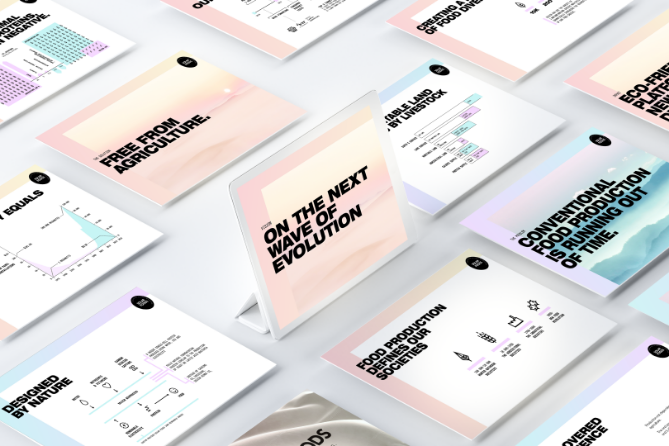 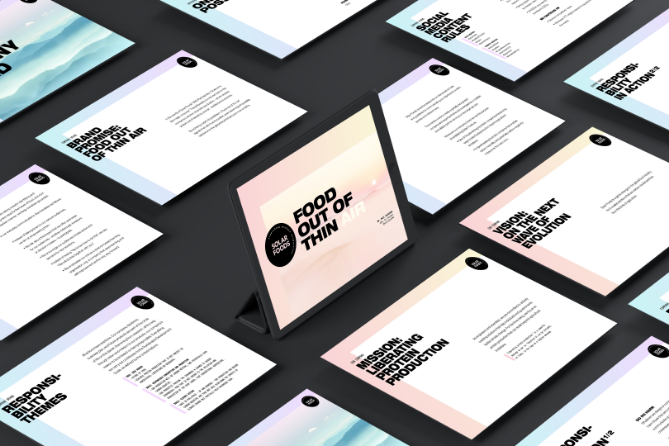 Purest protein in the world.

Solar Foods is a Finnish food-tech startup that develops revolutionary innovations for the global food industry. With its revolutionary biotech solution Solein®, Solar Foods enables natural protein production anywhere by using air and electricity. The unique yet natural bioprocess of Solein provides a new platform technology for nutritious food ingredients, plant-based meat alternatives, or even cultured meat. And best of all, it's entirely free of agriculture and aquaculture – making it truly the purest protein in the world.

To find a suitably eye-catching story and content for its groundbreaking innovation, Solar Foods turned to Avidly. The food-tech industry is a competitive world. To reach its apex, you need to stand out. The mission was clear: to create a strong personality for the company that covers everything from its brand strategy to the brand identity, and beyond. 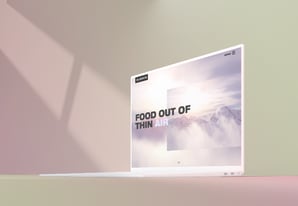 Global food crisis. Bleeding-edge science. The future of food and all of its diversity. With their solution, Solar Foods looks to offer aid to topics that span our entire world. To communicate their hyper-scientific message effectively, a need for visual and tonal harmony was apparent – along with clear, universal messages that highlight the resolving nature of the company's key innovation Solein.

Since its cooperation with Avidly, Solar Foods has garnered a vast amount of attention in the eyes of international media – a sure sign that the company's story and content are of interest to a wide audience. The company recently received an INDEX Award: not only the world's biggest design award but also widely regarded as the "Nobel of Design". Solar Foods has been covered by nearly every major news outlet from CNN to BBC, Nikkei, Forbes, Fox5, The Guardian, Vice, World Economic Forum, and the list just keeps on growing. And no wonder – a complicated world requires solutions. With its technological innovation, Solar Foods is surrounded by causes so great that an increasing number of people is hoping for them to succeed.

The path from invention to innovation isn't an easy one. It's crucial to identify how to create a fanbase around a message and an invention. Only then you can talk about innovation. Commercialising research is not only about the appeal of an invention but how a story is told, and how created content deepens the bond between specific target groups. 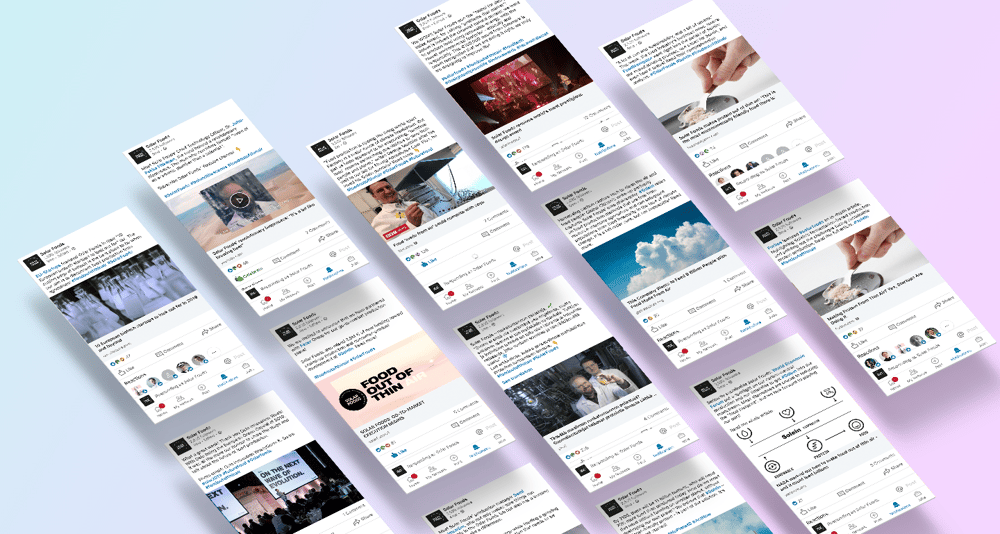 Without hyperbole, Solar Foods' future is looking very bright. And the greatest thing is, this is a future we all share. The encouraging vision of possibilism, which lies at the core of this ingenious Finnish startup, is one that can make tomorrow a place for all of us.

To support that vision come true is a matter of pride for us. Together, we introduced our world to Solein – neither more nor less the purest protein in the world. Not every agency or designer gets to create a new protein. How cool is that?

"To uphold our world, we must change our approach to food." 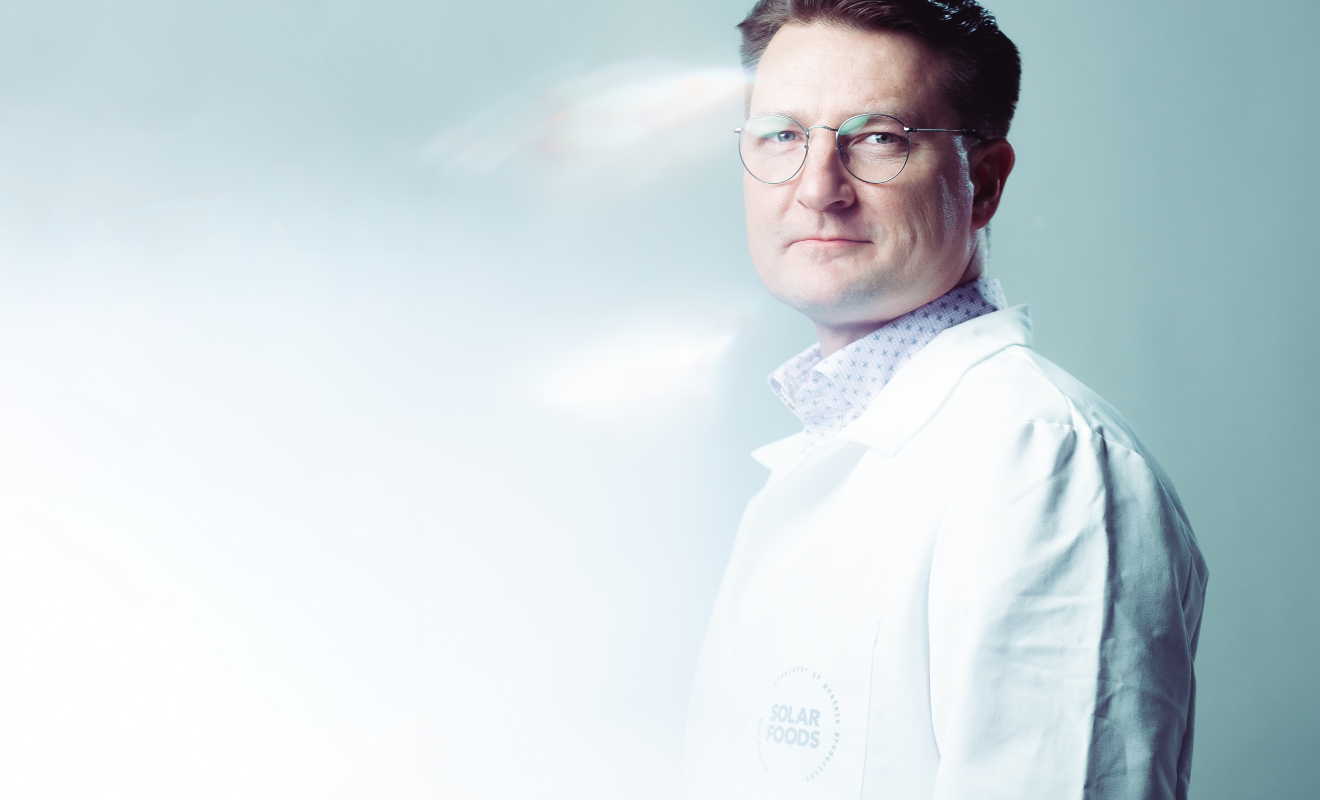 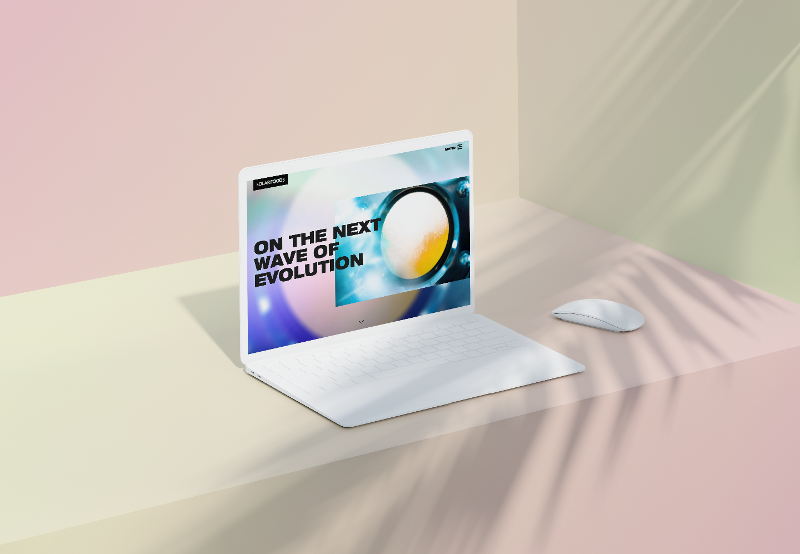 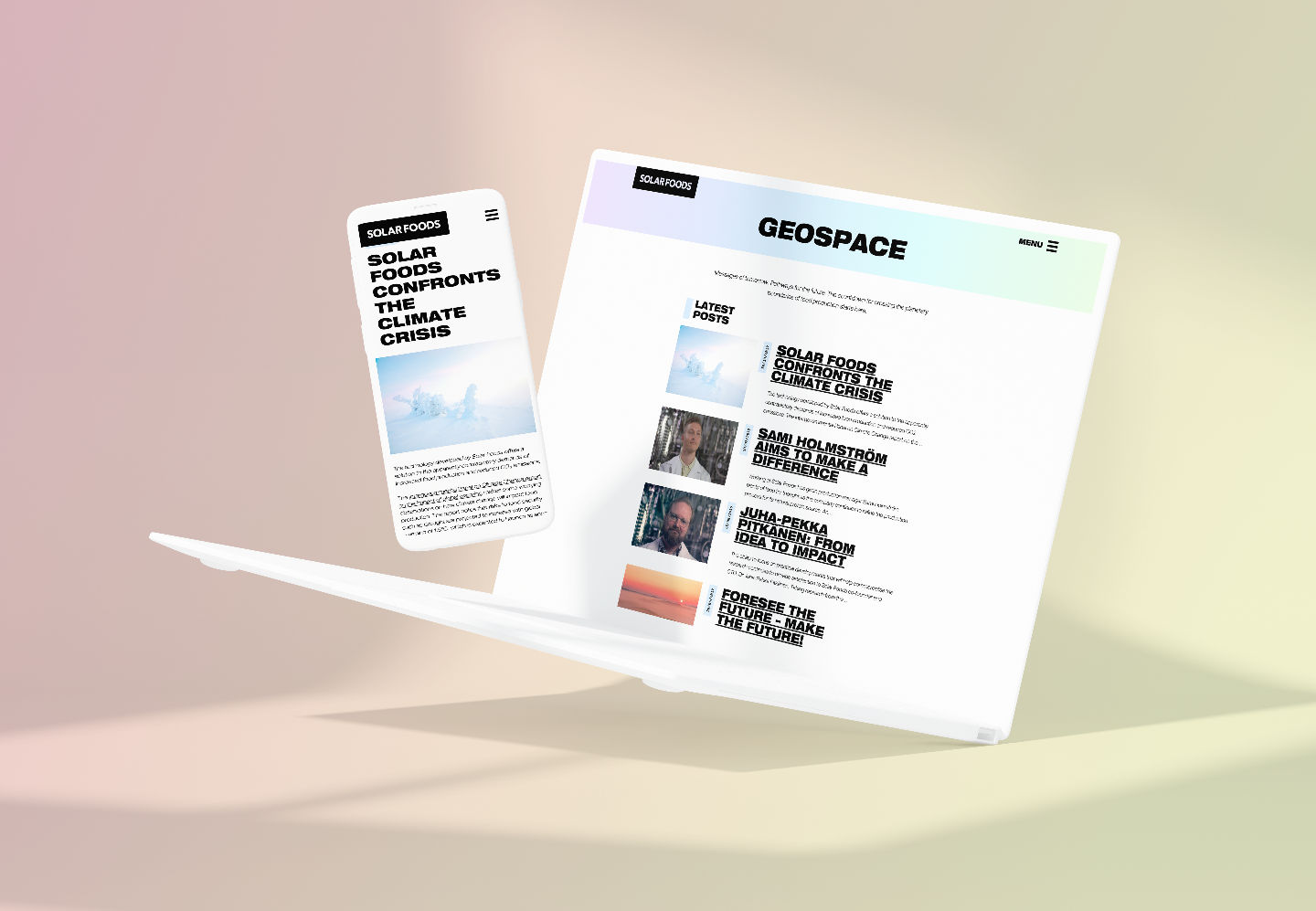 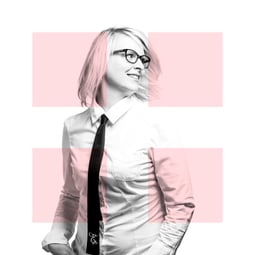 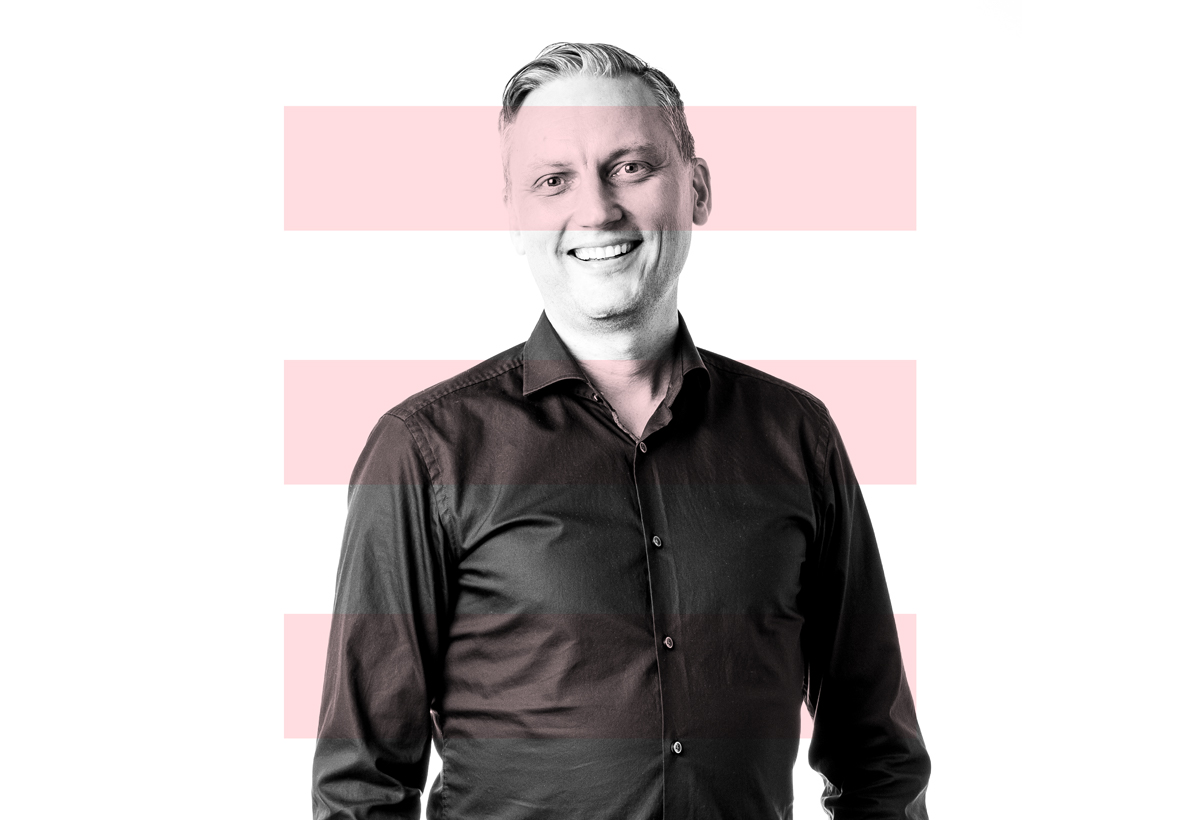 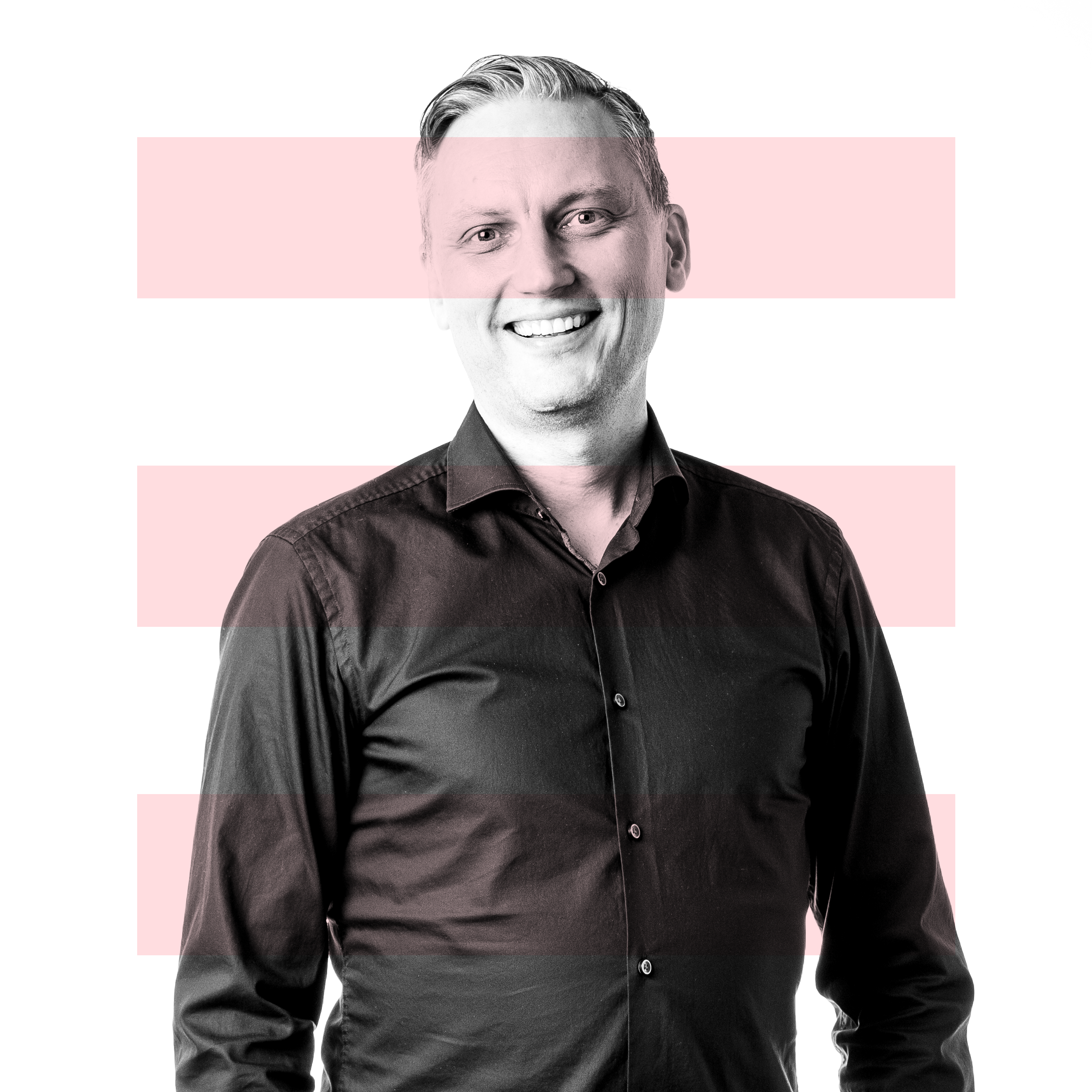 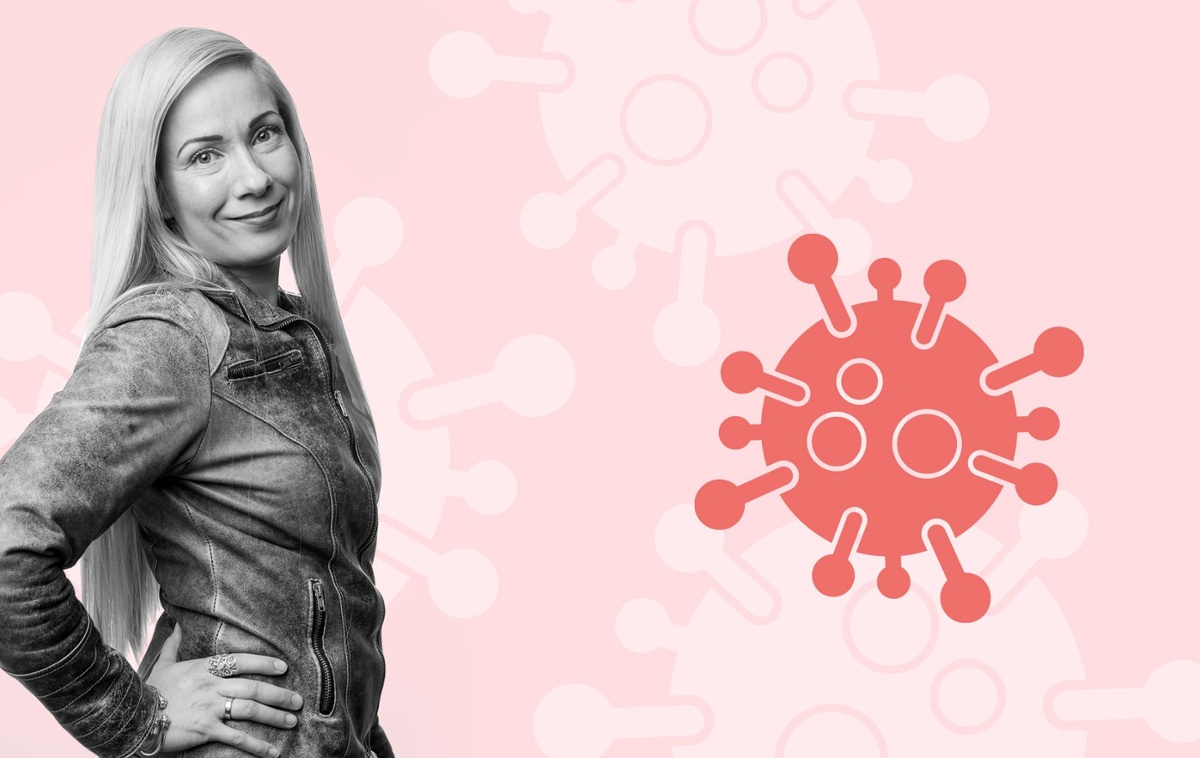